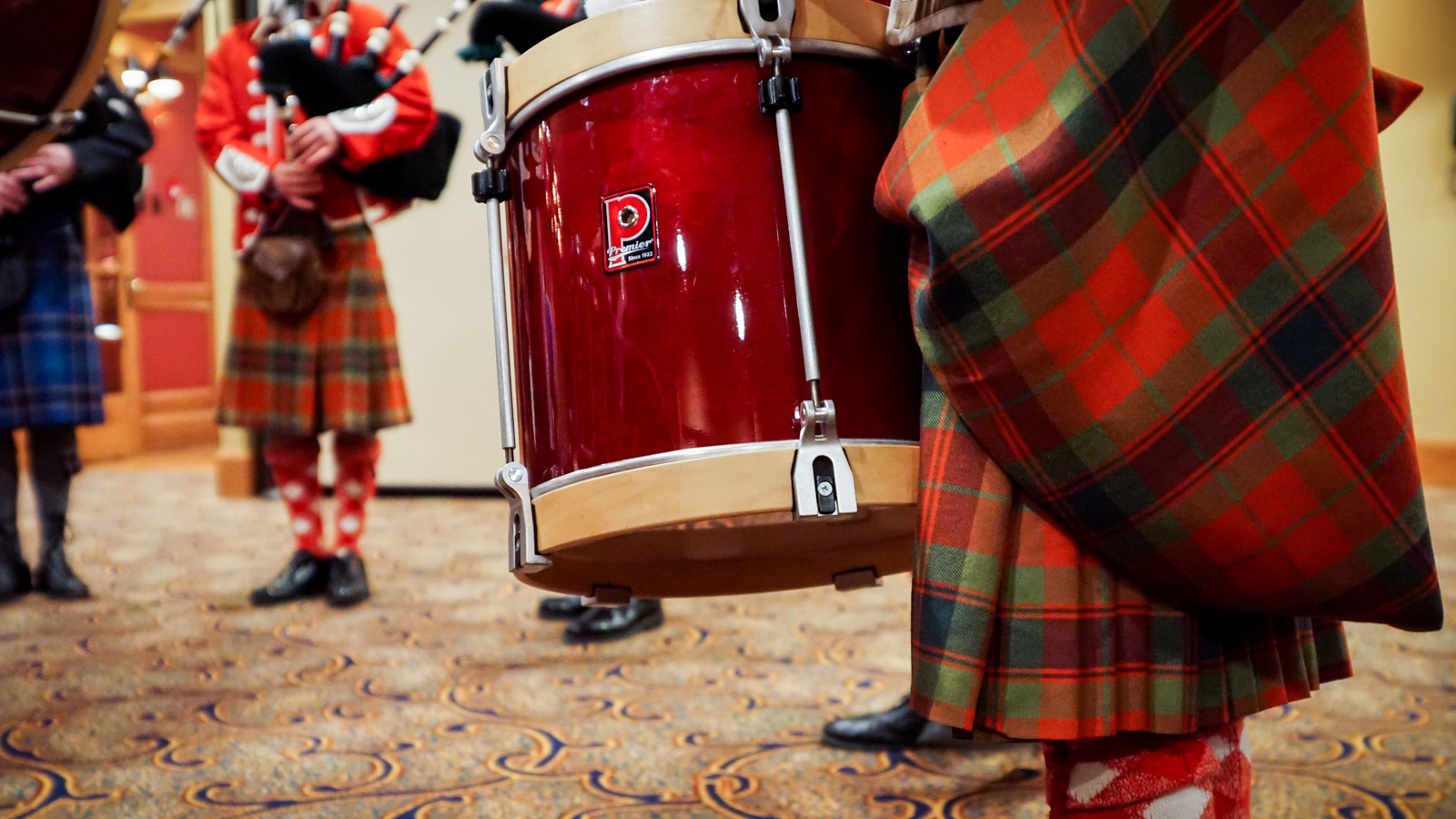 The Fort Calgary Garrison was established in 1977, under the direction of Officer Commanding, Major John G. MacDonald. The Calgary Garrison follows the traditions of Montreal Headquarters Garrison, and the current strength of the Garrison stands at 93 Officers and Miladies.

Since inception, the major focus of the Garrison has been the establishment and support of a youth pipe and drum squad. In addition to piping and drumming tuition, the squad is schooled in Canadian history, particularly as it relates to the period when the Regiment served in Canada. The squad also receives 18th century drill and musketry instruction, to support the fielding of a Black Powder Drill team, using replica Brown Bess flintlock muskets. The squad competes at annual Highland Games in Calgary, Canmore, Red Deer and Okotoks and performs at Heritage Park on Canada Day.

The youth squad uses rehearsal space for music, dance, history and drill, courtesy of The Military Museums in Calgary.

The Trust is a trust formed and existing under the laws of the Province of Alberta and registered as a charity with the Canada Revenue Agency. The purpose of the Trust is to carry on the tradition of The Fraser’s Highlanders (Second Regiment of Foot) by: The Society is incorporated without share capital as a not-for-profit corporation under the Canada Not-for-profit Corporations Act. The purpose of the Society is to carry out the objects of the Trust and to provide the necessary human, material and financial resources necessary to meet these objectives.

The duties and responsibilities of both of these organizations, as to each other, are governed by an Agency Agreement entered into by both organizations.